The dangers of VR Boxing 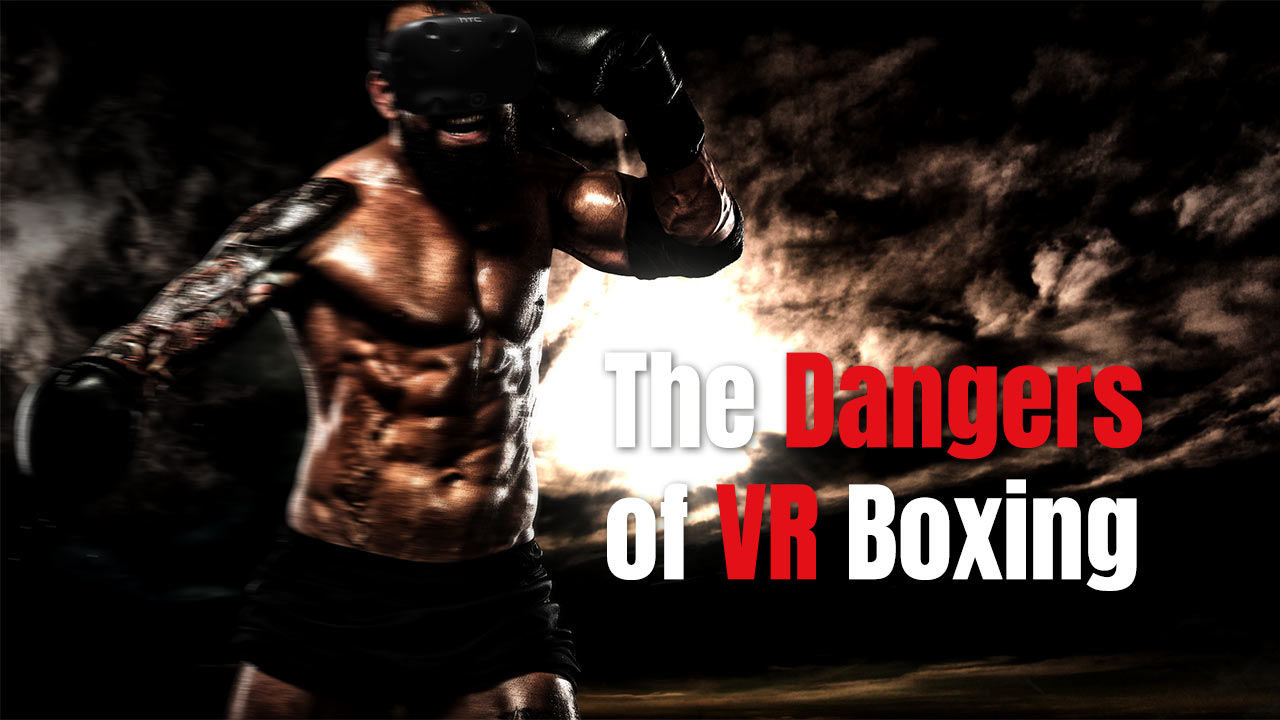 The dangers of VR Boxing

Learn about the dangers of VR boxing

Boxing in the virtual world is fun and one of the most widely used VR fitness elements. We also have some offers for virtual reality boxing.

VR boxing in the virtual world also has its dangers, and there is a risk of injury. Basically, it is not dangerous if you are aware of the risks. Especially with the Oculus Quest2 you have a lot of freedom of movement.

Hazards in the real environment

Suppose there is not enough space, the risk of hitting objects or walls increases. Of course, there are boundaries. But especially with adrenaline-charged games such as Thrill the Fight, it can be intense you may get too deep into the game and overlook the limits or react too late. A reasonable requirement for VR box games is to have enough space, especially when there are movements in the game.

If there is little space, it is advisable always to be aware of the danger and play a little more carefully and with less energy. If you are practiced, it, of course, reduces the risk. You have gotten used to it enough and move carefully in the subconscious.

Be careful with new locations. It can be quickly forgotten that it is not the usual premises.

The boundaries should always be set correctly. If possible, additionally with a protective buffer of at least 20cm / 8 inches to objects and walls.

If you are not at home alone, you should always warn in advance and be advised of the risk of being hit. Everyone should be careful getting around and entering the punching area.

The best thing to do is indicate that you are in the virtual world. This can also be useful if someone comes home later. Because the people from the outside do not see what is happening in VR and maybe think they can pass quickly. And you might pull the hook, and then it happened.

When children play in VR, one should be particularly careful. They are less aware of caution for others.

There is also the danger of executing wrong punching movements for beginners or people without martial arts knowledge. This can lead to injuries in the joints. The distance is often misjudged, and the elbow is stretched when striking.

When the game has a lot of action, people often forget to pay attention or overexert themselves. As a beginner, you should consciously hold back and gradually increase. It would be best if you also reduced the game’s duration at the beginning so that the full body is not overworked and slowly gets used to it. An important rule is never to straighten your elbow.

The added weight of the controller

Even if the controllers are not heavy, they still have additional weight. This can put extra stress on the joints during your boxing workout. Keeping it tense can also set a strain on the body. And you can learn the wrong punching techniques.

Controller straps make it easier for you to hold the controller and allow you to strike without being fully tense. Valve Index they already have from the ground up.

The best thing is to learn how to hit correctly in a class with a teacher in real life. It doesn’t take much. It doesn’t have to be a professional boxing career. But someone who can control and correct when wrong boxing movements are performed is a great advantage and recommended.

Or you practice in front of the mirror and control your movements with YouTube videos.

Maybe you have a fitness boxing course or something similar in the fitness center. Take part in this part and learn how to hit correctly. Then you can take part in this and box in VR at home.

You are welcome to use our free VR Box offers. We have, for example, the new Punching Ball Games, in which you can try out the movements without pressure.

If you are a martial artist, then the Reaction

Maybe our rhythm game Tower Workout is more for you, really challenging you.

For fun and to train the distance, you can also try the VR fitness game Arcade XR Fighter.

For advanced users, we have Mixed Punch Bag, where you can hit a real punching bag in the real world in the virtual world.